Origami Dragon Instructions for Kids to Enjoy Their Creative Streak 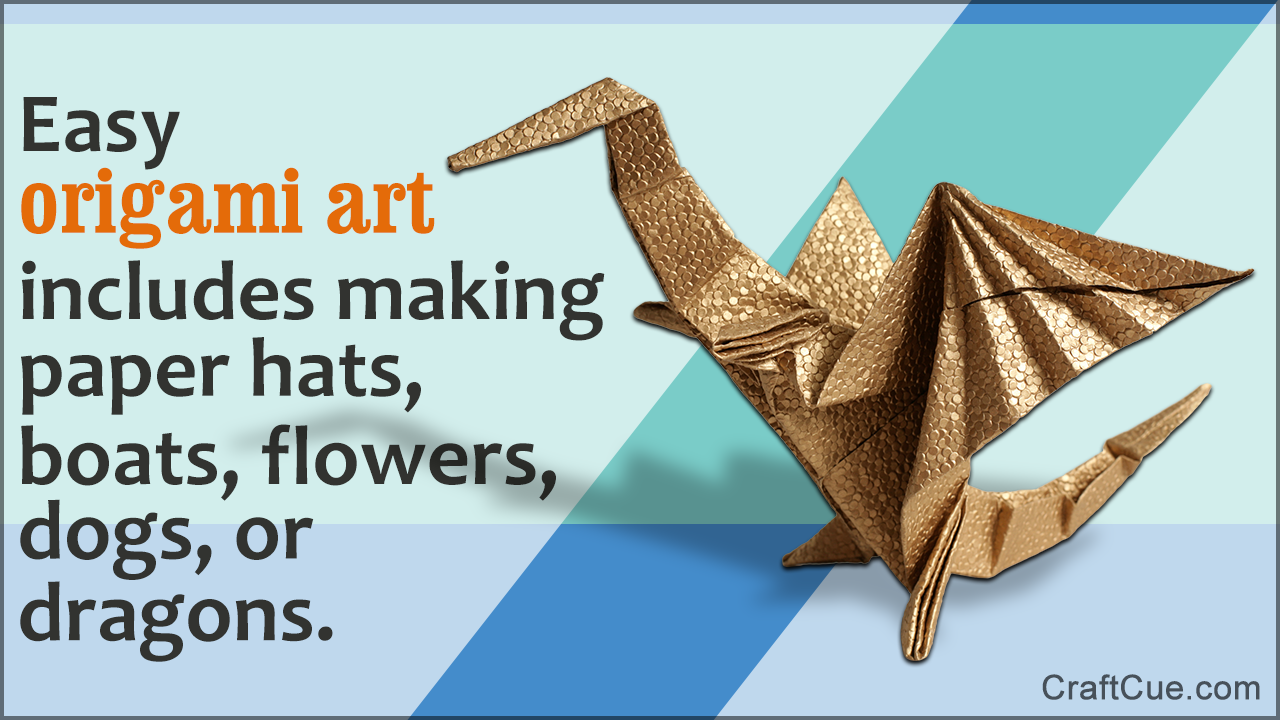 Ancient art of origami can be traced to 500 A. D. Origami originated in China, but it was the Japanese who refined this art. Today, one can see different types of origami art. Did you know that there is a record of an origami crane which is 0.1 by 0.1 mm square in size. Yep, it’s that tiny! This crane is made by Mr. Naito of Japan and is the smallest origami crane in the world. The crane was created by Mr. Naito using a microscope and some special tools which he himself made. Also, a largest paper crane was made in 1999 and it was over 215 feet wide! That’s a big crane!

However, origami doesn’t have to be that difficult. You can make some very simple origami art. You can make paper hats, boats, planes, box, flowers, dog, etc. quickly. In this article, there are simple origami dragon instructions. It will help you to make an origami dragon within few minutes. Dragons are legendary creatures who can fly and breathe fire. Remember, toothless from how to train a dragon? So, let’s get started on making a paper dragon.

How to Make an Origami Dragon?

Step 1 – Fold the square sheet in two equal parts across its diagonal.

Step 3 – Now, rotate the folded paper, till you are holding it the way it is shown in the image. And take the outer flap and put it on the other side.

Step 4 – This is a little difficult step. For this fold slide your finger under the right side triangle flap and pull it up.

Step 5 – For this step flip the above folded sheet.

Step 6 – Again repeat the step of sliding the finger under the left side triangle and pull it up. Then you will get a square shaped folded sheet. (If you were not able to create this, then go back to step and one and try again.)

Step 7 – Here pull up the end of the square sheet up slowly and press it down gently.

Step 8 – Flip the whole thing and again do the above step for this side too.

Step 9 – Here you will get a folded paper which looks like this. Now, make two inside fold at the lower part as shown in the picture below.

Step 10 – Again make an inside fold on both the sides. This is the fold which will help you make the tail and neck of the dragon. So, we are almost there…

Step 11 – Now, make an inside fold at the edge of the long sharp fold to make the face of the dragon.

Step 12 – Finally to make the wings, pull down the two flaps. Don’t tug too hard at the flaps or they can tear. There you have made your origami dragon. Xiang shou!

You can do so much more with your origami dragon. You can paint on a paper fire, then cut it out and stick it on the dragon’s mouth. You can also stick small paper spikes on the dragon’s body. Another easy way to make the dragon look dragonish is to draw some eyes, thorns, teeth, spikes, etc. on it. So, use your imagination. If you want you can also make a huge paper dragon using a large square sheet. Now, what are you waiting for? Go get started!