Decorative towel folding is an art that is used mostly in hotels and cruise lines to add an element of fun and elegance to the rooms. Unlike the cliche, you can try myriad patterns for a creative towel folding to decorate your own home. 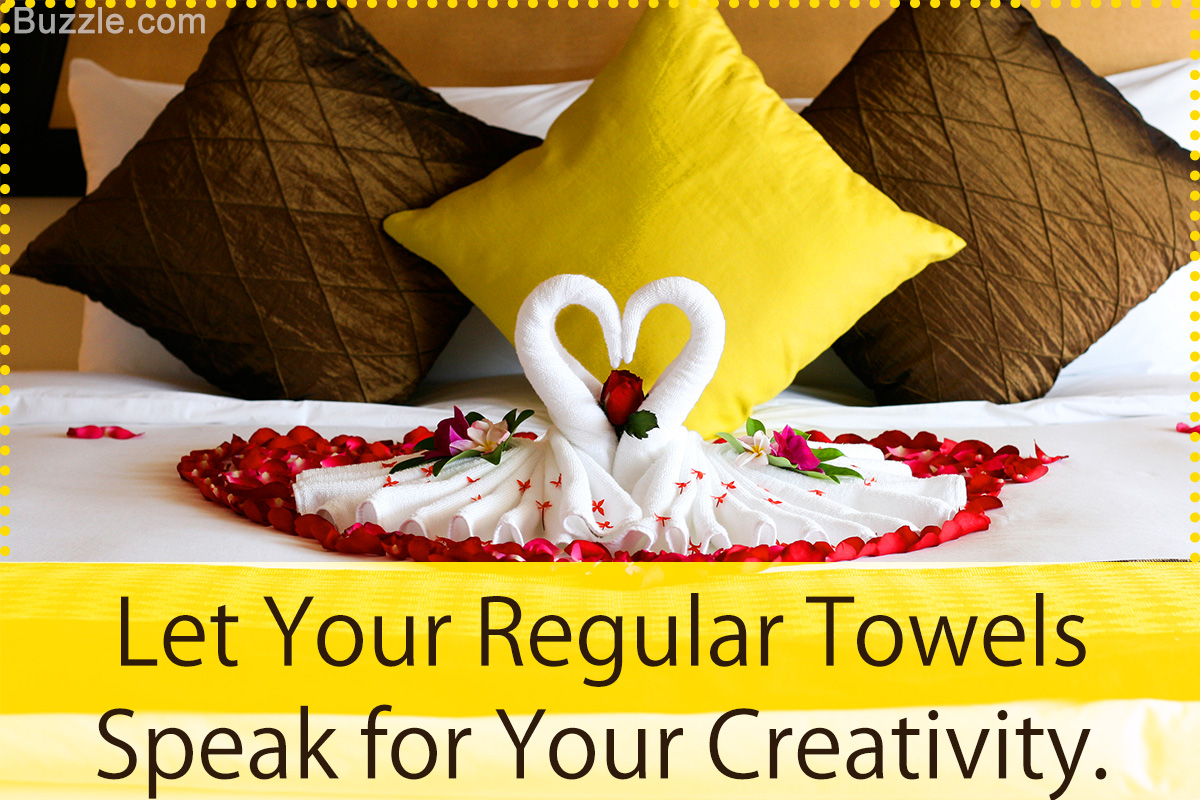 Decorative towel folding is an art that is used mostly in hotels and cruise lines to add an element of fun and elegance to the rooms. Unlike the cliche, you can try myriad patterns for a creative towel folding to decorate your own home.

Remember the time you entered one of those nice bed and breakfast places or a cabin on a cruise ship, to be greeted by one of those cutely-folded swans or elephants? Decorative towel folding is an art which was popularized by Carnival Cruise Lines, and is still widely used to add a fancy element to room decorations. Although it might look simple, this is quite a difficult art to master. While almost everyone can fold a towel and put it in a closet, it takes certain skills to fold a towel into an origami elephant, monkey or cat.

What is Decorative Towel Folding?

Decorative towel folding is believed to have originated, or at least based on Japanese origami art. As a matter of fact, folding fabrics, including towels, requires a special origami style. While paper origami is made from neat, easy-to-fold squares, decorative towel folding requires folding floppy, soft rectangular towels, which can fall apart easily. Although it takes quite some effort, folding towel animals or other decorative items can be great fun. You can use your creations for brightening up the guest bedroom, or just make it a fun activity that keeps the kids occupied on a rainy day.

Note: If the fabric of the towel you are using for the decoration is thin and falls apart easily, starch and iron it out prior to use. 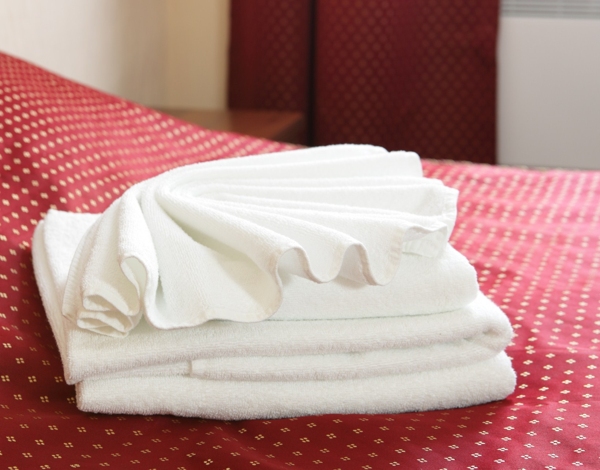 This is probably the easiest way of creatively folding a towel. Create a fancy origami towel in just five minutes with a fan shape. To do this: 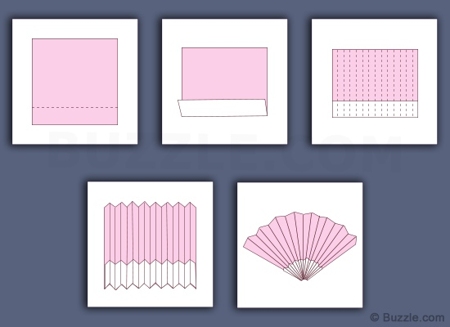 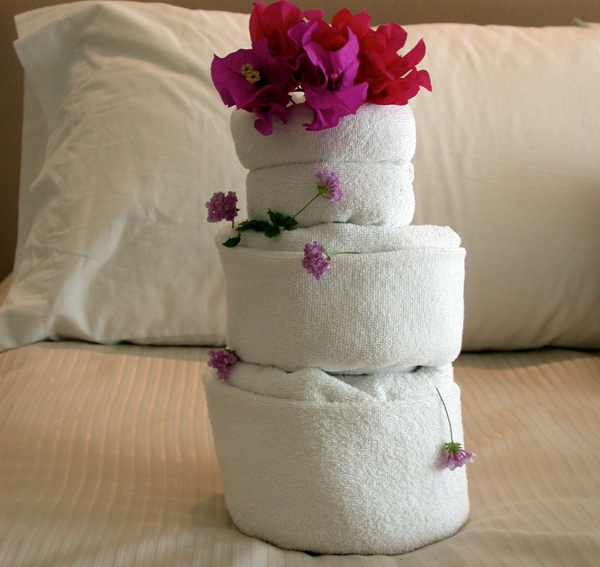 Imagine how surprised your guests would be to find a cake made of towels on their bed. Towel cakes are popular as bridal shower favors, baby shower gifts, and decorations in honeymoon suites.

Add some rose and petals on the top. Some people also prefer using lace, ribbons, and pearl sprays, to decorate the beautiful towel cake. 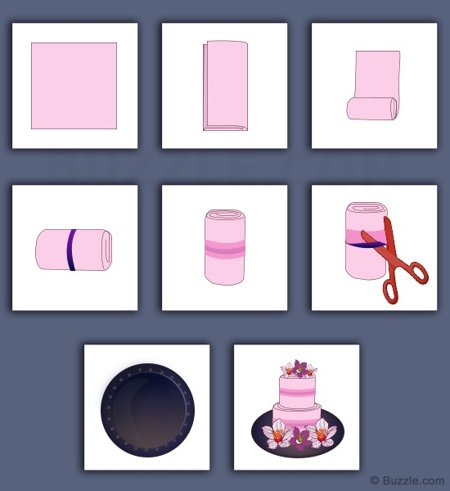 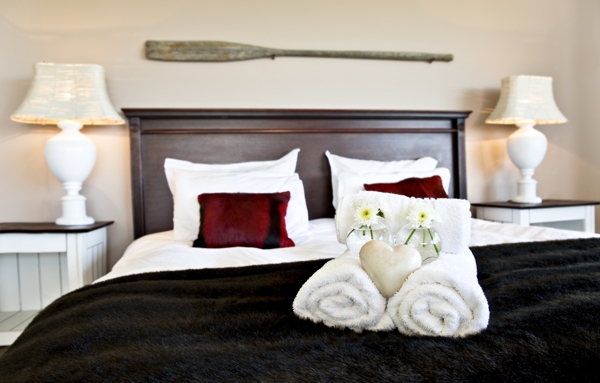 Simple and easy to make, this towel couch can be placed in hotel rooms with small notes, toiletries, and other items to welcome the guests. To make this couch, you will need three large towels. 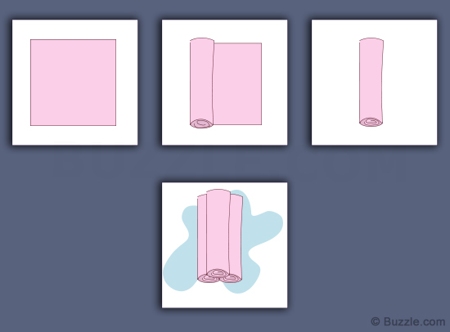 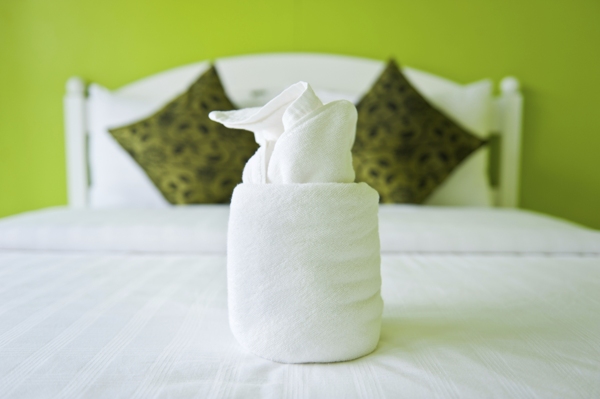 Towel candles are easy to make, and can be added to other romantic towel designs like the folded swans or hearts, to create an interesting effect. 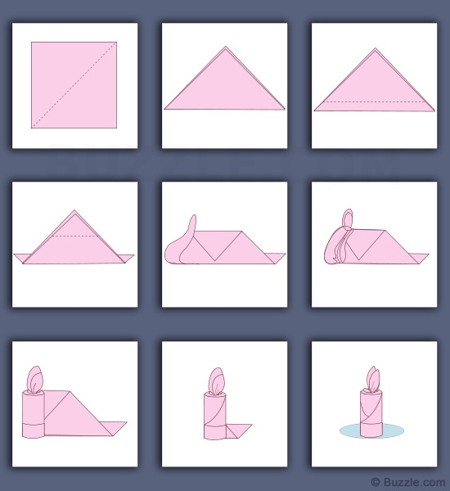 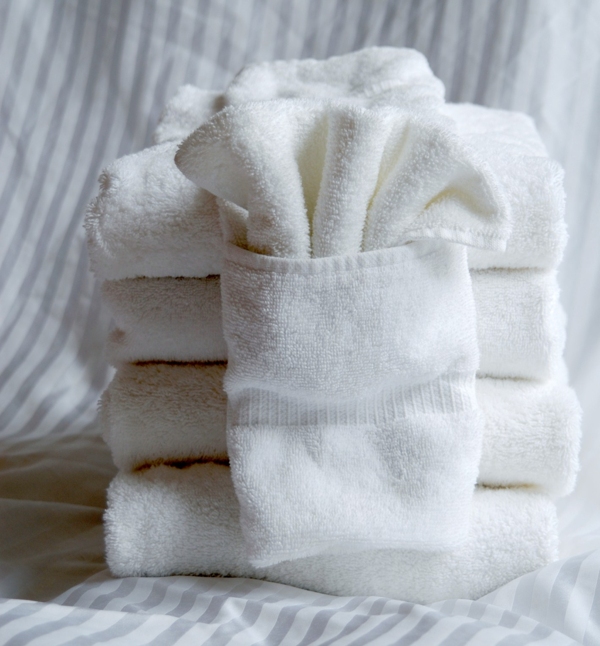 A towel pouch can be really handy in the bathroom, especially when hung on a towel bar. Not only can it be used to hold fresh flowers or other decorative items, but it can also be used to hold toiletries as well. To make this towel pouch, you will need a full-sized towel, a hand towel, and a washcloth. 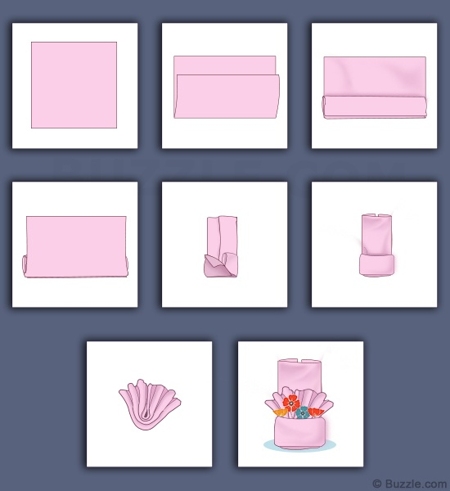 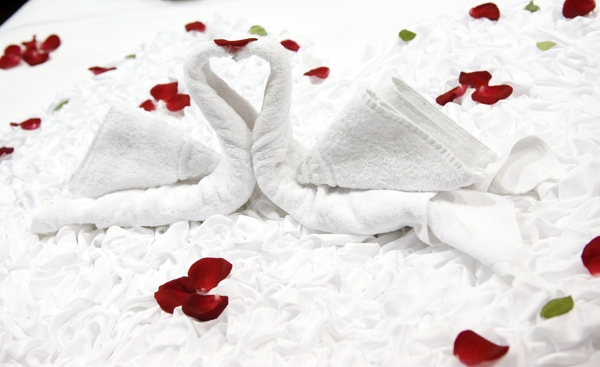 Towel swans are extremely popular and can be found in the rooms of many well-known hotels. Make it is simple, and it looks extremely romantic and beautiful. To make towel swans, you will need one or two large towels. 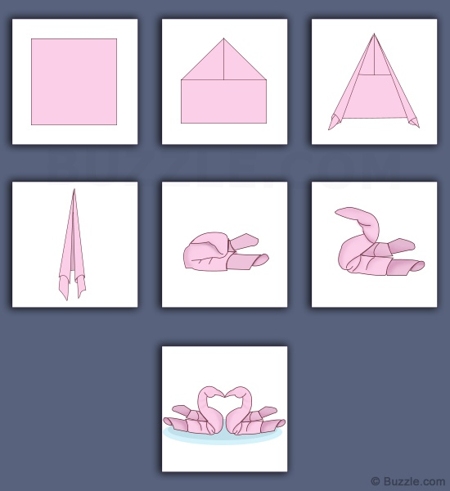 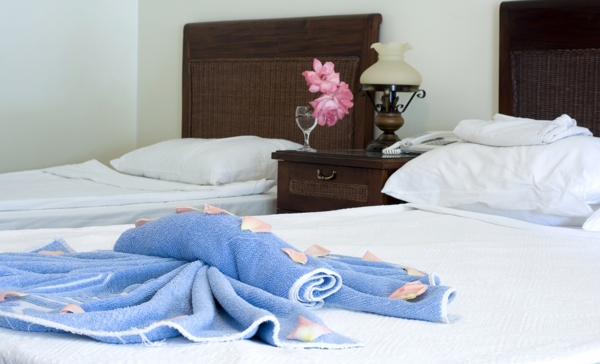 Towel butterflies are easy to make, and create quite an impact, especially when decorated with other items like roses and candles. To make a towel butterfly, you will need two large towels. 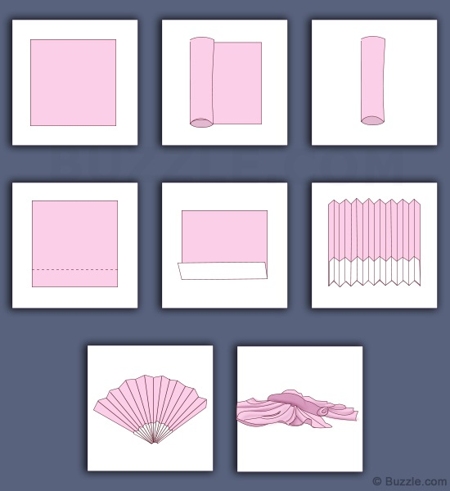 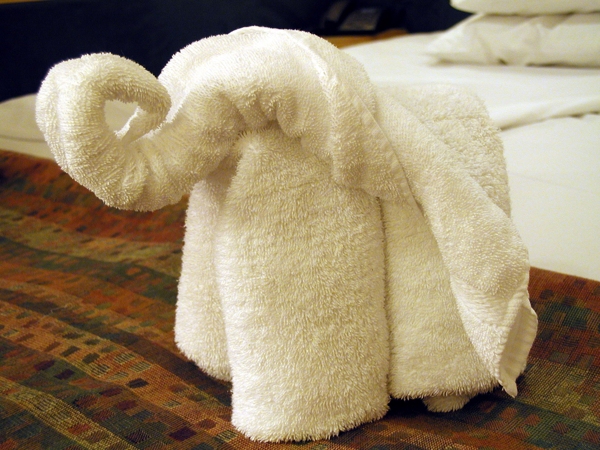 Folding a towel elephant is quite a challenge, but the effect is just awesome. To fold an elephant towel, you will need one large towel and a washcloth. 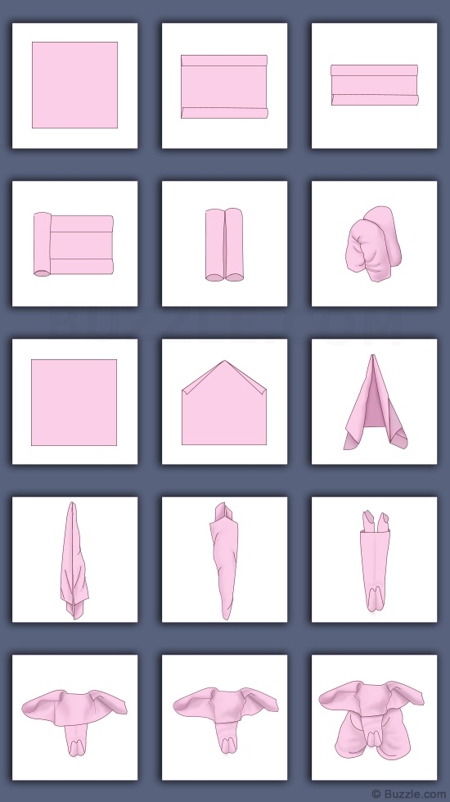 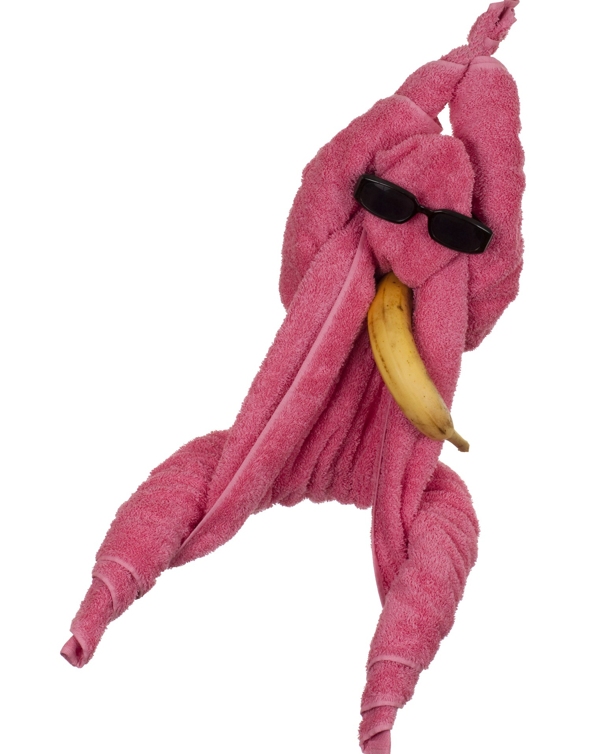 Making a towel monkey can be difficult, yet the effort is often quite satisfactory. It can look especially good in bathrooms meant for children. To make a towel monkey, you will need one large towel and a small hand towel 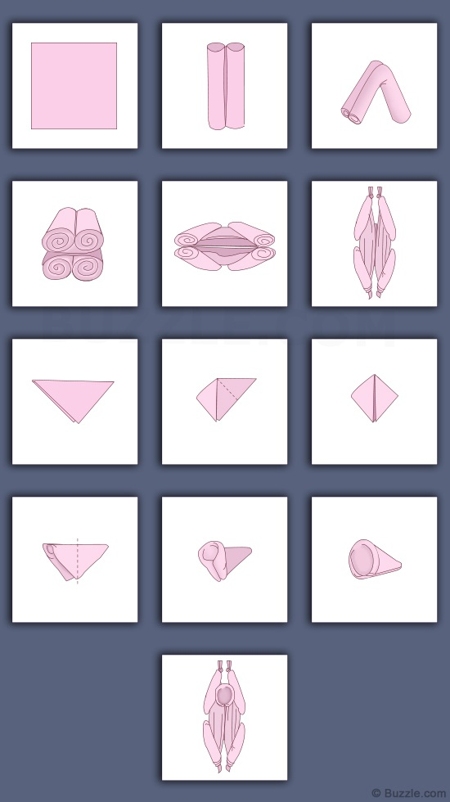 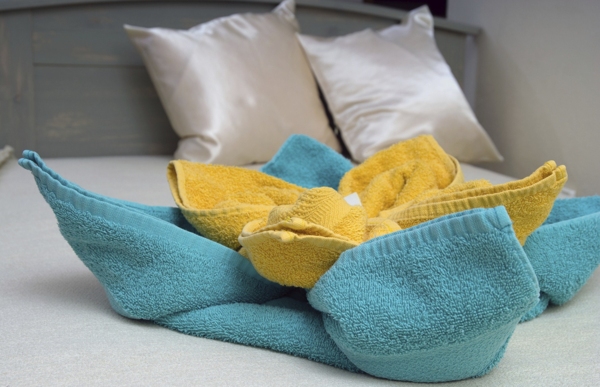 Flower designs are quite popular, as they are easy to make and look extremely good. To make this towel flower, you will need two colored towels, one small and one big. 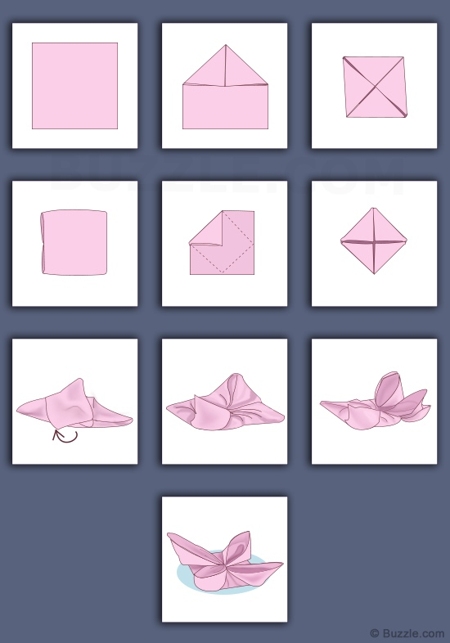 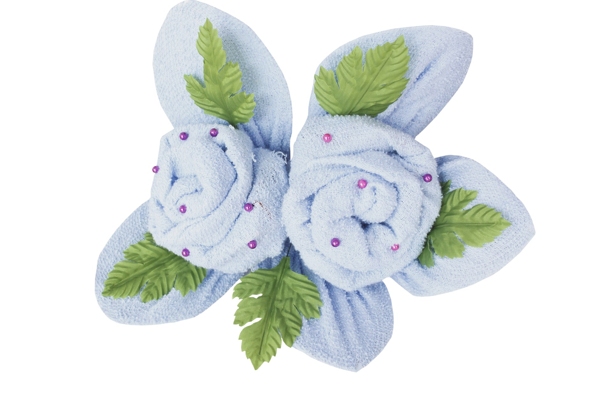 Towels in different colors like red, yellow and pink can be folded to make beautiful roses that amp the romantic atmosphere of any room. To make a rose towel, you will need colorful towels and faux stems or leaves. 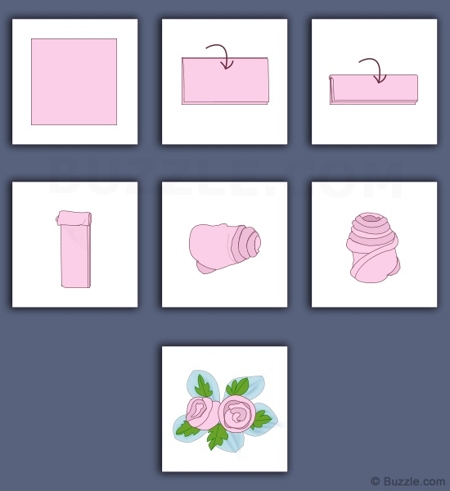 While you may be bending some of the traditional origami rules, once you master the art of creative towel folding, you will find it to be a fun and enriching activity. So make sure to employ some of these instructions for folding towels, which will impress your guests and delight the children.