Don’t Know How to Make Balloons Glow in the Dark? Find Out Here

Planning to throw a party or having a celebration and wish to do more than what's common? Consider illuminating balloons with LED's and glow sticks. Here are some interesting ways to bring a glossy effect in your party.

Home / Uncategorized / Don’t Know How to Make Balloons Glow in the Dark? Find Out Here 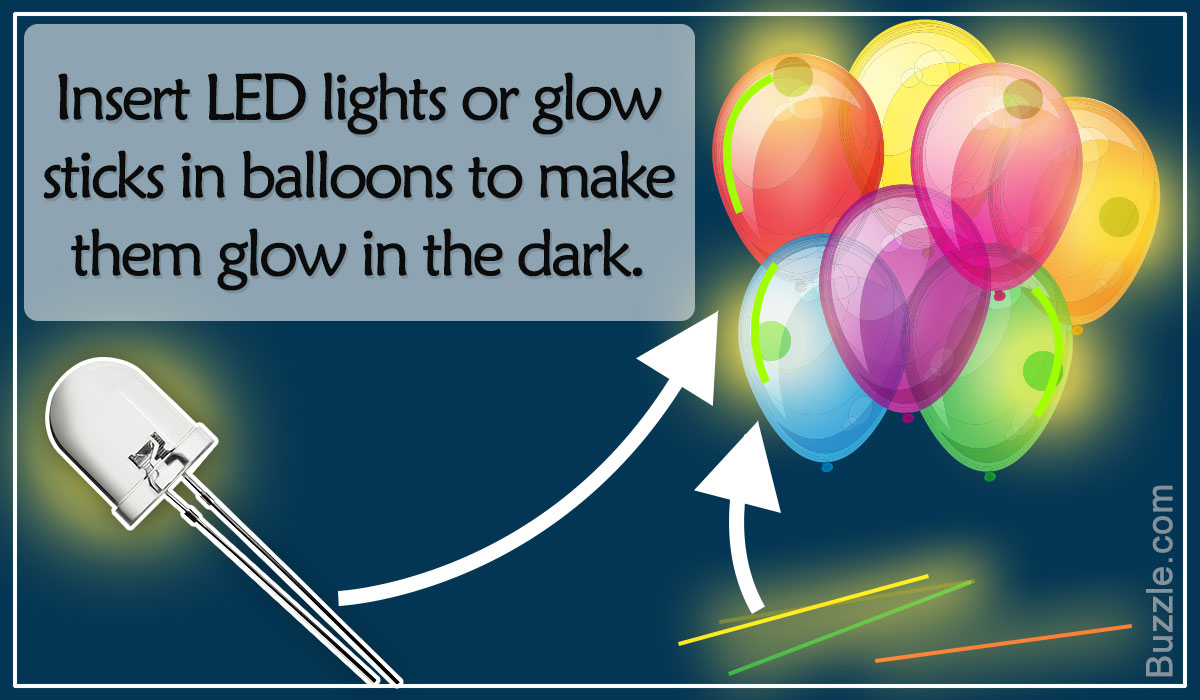 Planning to throw a party or having a celebration and wish to do more than what’s common? Consider illuminating balloons with LED’s and glow sticks. Here are some interesting ways to bring a glossy effect in your party. 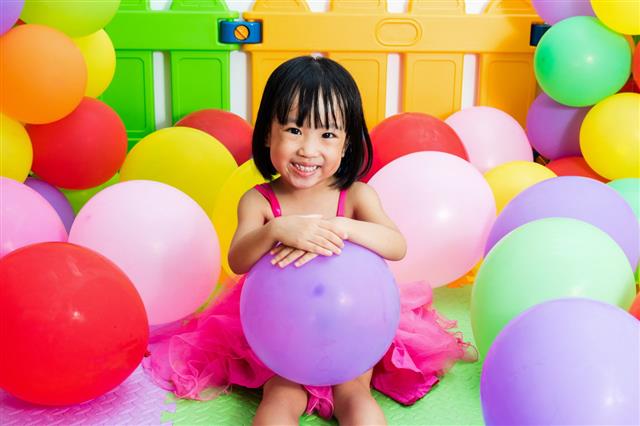 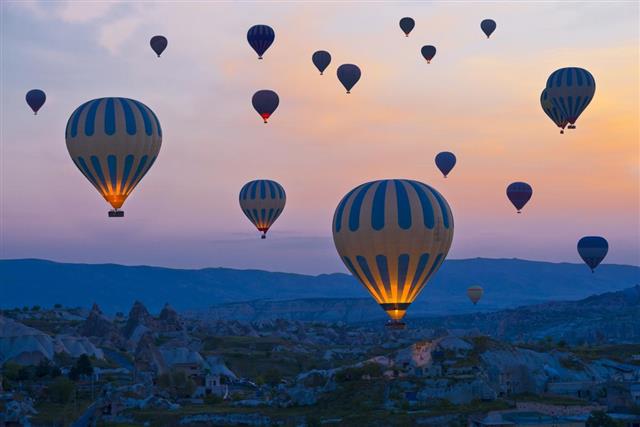 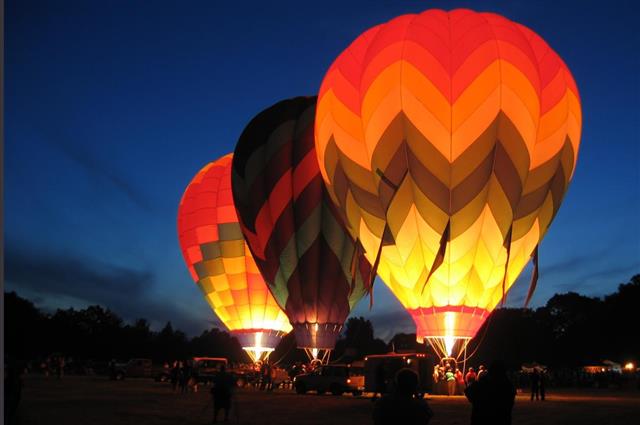 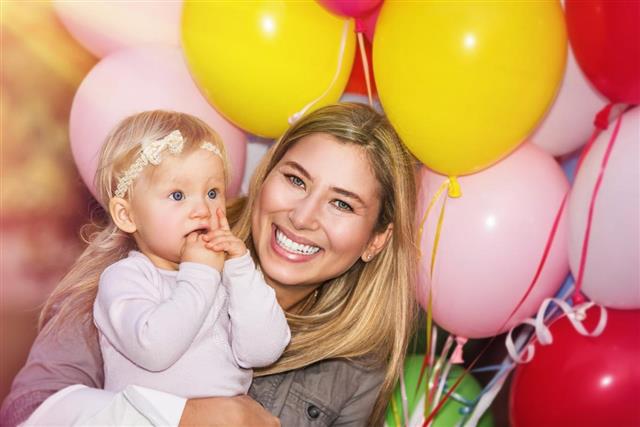 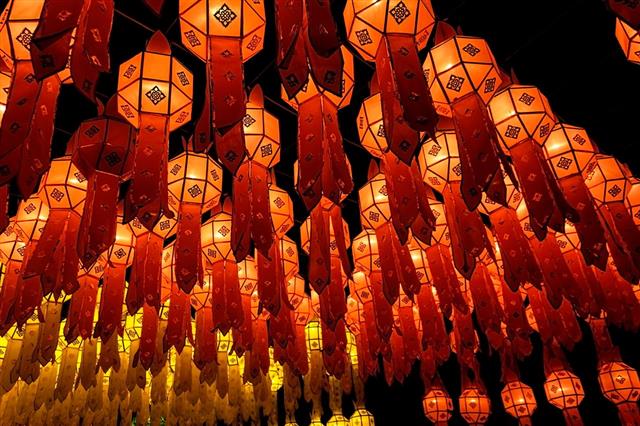 Avoid breaking the glow sticks while inserting them into the balloons. In case of contact with the stick chemical, rinse the contacted part with water.

Balloons are used on the simplest of the occasions. Be it a birthday party, a baby shower party, or a publicity event, balloons have their special role to play. If you want something more than just a simple inflated balloons decor, glow-in-the-dark-balloons can be a good bet. Adding light effects to simple balloons can transform the ambiance of the party venue. All you need to do is place them in dark, such that the glowing effect is efficaciously visible.

Glowing balloons can add fervor and color to any occasion. Their radiance attracts the attention of guests. Undoubtedly, this will elevate the wow factor of your party. Besides being colorful, these homemade glow-in-the-dark balloons are pocket-friendly too. 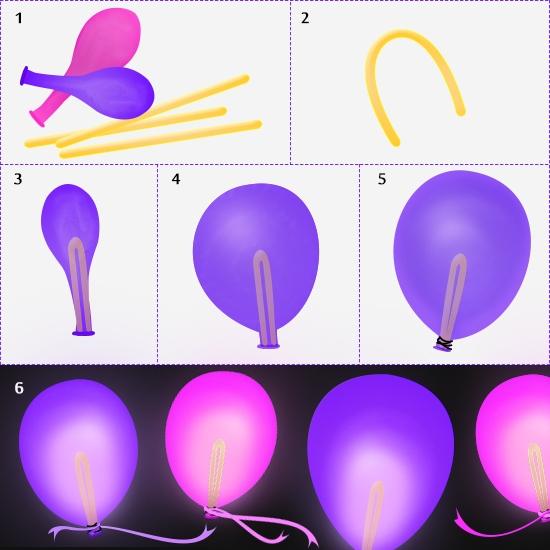 To increase the life of a glow stick, place them in the freezer; however, glow sticks can only be used once.

Variation:Glowing water balloons can be a great prop for a balloon-fight party. On completion of step 3, fill the balloon with water and tie it. 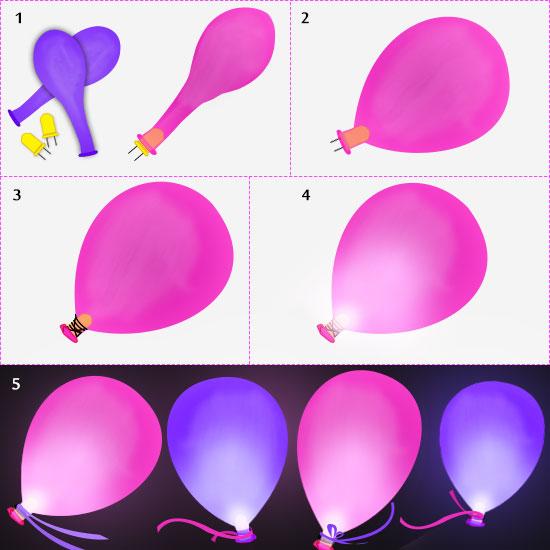 Step #1 Hold the LED at the balloon opening and do not let it slide in the balloon.
Step #2 Inflate the LED-contained balloon with air.
Step #3 Tie up the balloon (including the LED) with a plastic thread or a tie wrap.
Step #4 Light up the LED by twining the base of the balloon.
Step #5 Tie the balloons with colorful ribbons and spread them in the party zone.

A lit LED can also be inserted into the balloon before inflating it. LED lights don’t really get heated, and hence, do not burst the balloons.

Variation:Coloring the inflated balloon with luminous color patterns and exposing them to light also illuminates balloons. However, this radiance persists for a very short duration. Expose the balloons to bright light for them to glow again.

✧ For a theme party, use the balloons of desired colors which match or go well with the theme color.
✧ Using foil balloons botches up the entire glow-effect as they do not exhibit the LED or glow stick glow.
✧ Big transparent balloons can be filled with small-sized, colored glowing balloons for a spectrum effect.
✧ When using a single lighting material for one balloon, use balloons that are semi-transparent.

✧ While inserting the LEDs into the balloons, they should be set to the blinking mode for them to glow longer.
✧ If the LEDs are radiating light even after the party is over. Remove the LED’s, and save them for future.
✧ The glow stick should be folded in such a way that it can fit into the balloon.
✧ Always opt for glow sticks that are non-toxic.

✧ Pairing different colored balloons and lighting material can give you the coveted effect.
✧ Latex balloons are preferable for an enhanced glowing effect.
✧ Keep the glow sticks away from children. In case of leakage, rinse the contacted part with water.

Balloons are an age-old decor item that adds beauty to any occasion. More so if they are lit. So, why wait any further? Try these DIY methods and see the difference in your parties. 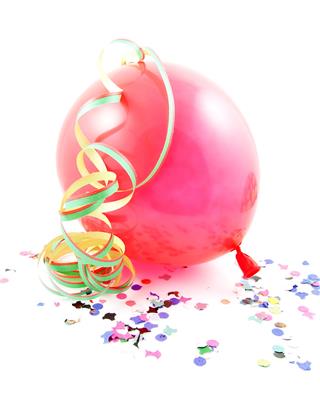 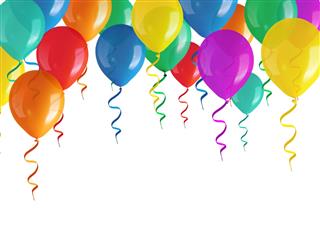 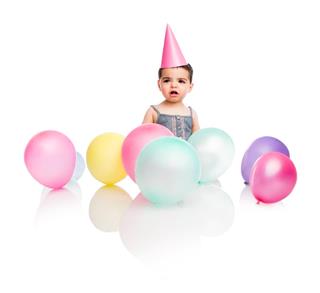 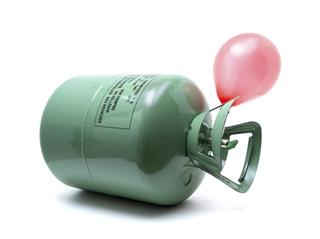 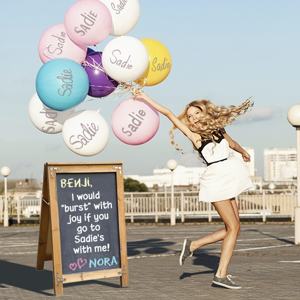 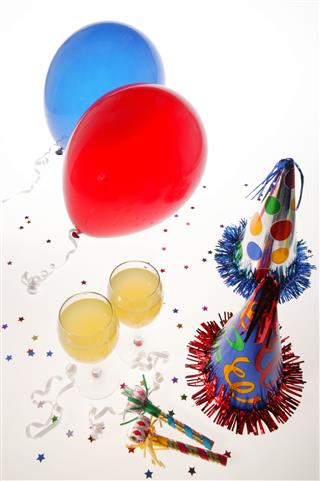