How to Make a Cute Sock Monkey in 9 Easy Steps

Making a sock monkey puppet is an easy DIY task that you can accomplish with very little sewing skills. This CraftCue post gives you easy-to-understand directions to help you make a simple sock monkey. 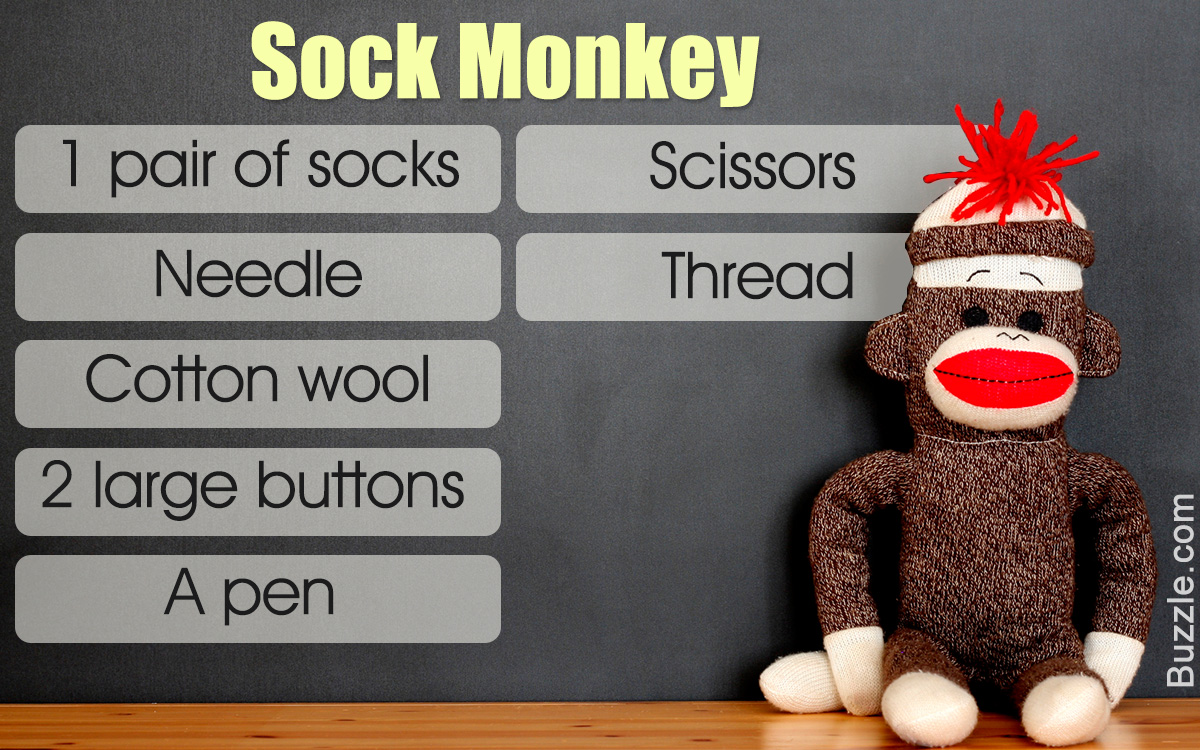 Making a sock monkey puppet is an easy DIY task that you can accomplish with very little sewing skills. This CraftCue post gives you easy-to-understand directions to help you make a simple sock monkey.

The first of these toys were knitted, made sometime in the 1920s in Rockford. It was only in the ’40s and ’50s that people started to use socks to make these toy monkeys.

DIY projects always fascinate most of us. But more often than not, it is the complicated method and the level of skills required that manage to kill our enthusiasm midway through the project. Therefore, if you’re among those with limited artistic skills, we’ve got an easy DIY craft that can be executed without being discouraged along the way.

The task in question is a sock monkey, and here’s what you’ll need to make it, followed by the steps.

Since vintage style sock monkeys were traditionally made from red-heeled socks, you can make use of Rockford Red Heel Socks if you’re interested in retaining authenticity. Otherwise, any pair of knee-high socks will do. Here’s what you will need:

➦ Turn both socks inside out and lay them out flat as shown in the image.

➦ Make use of the pen to draw the monkey’s legs. Spare about 1 cm under the bottom and ½ cm gap between the legs.

➦ Cut off the elasticized base and cut along the lines you drew to form the legs.

➦ Begin sewing the legs beginning from the feet and going upward in a straight line. Stitch both legs and remember to leave some space open in the crotch area to turn the sock inside out. Later, you use this opening to stuff cotton wool in the monkey’s legs and torso.

➦ Turn the sock inside out and start stuffing the legs and the torso. You may need to use your pen to shove the cotton through the entire length of the legs. Ensure that the monkey is stuffed well enough, but no so much that the stitches will pop open. Once you’re done, sew up that open space at the top of the legs. Your sock monkey’s body is ready.

➦ Now, use the other sock to make hands, ears, mouth, and tail of the monkey. Draw the tail along the left side. Next to it, draw semicircular ears on the right side. The heel area makes up the mouth, for its red color. Two arms can be drawn on the top end of the sock. Cut out these shapes and turn them inside out.

➦ Now, begin stitching these shapes accordingly, and leave an opening in each for the cotton to be stuffed in. Once you’ve stuffed each part, it’s time to sew each part in its appropriate place. Pinch the opening of each part and sew this open end on to the torso, so that it closes and becomes a part of the monkey.

➦ Lastly, sew the mouth on to the face horizontally. Leave the bottom open and stuff some cotton to give it a fuller, plum look. Stitch up the bottom of the mouth to seal it up.

➦ Your monkey is almost ready, save for the eyes. Remember, if this toy is meant for toddlers or very young children, it is better to make the eyes by making a simple cross stitch. If not, you can make use of buttons as designated eyes. That’s it, your sock monkey is ready!